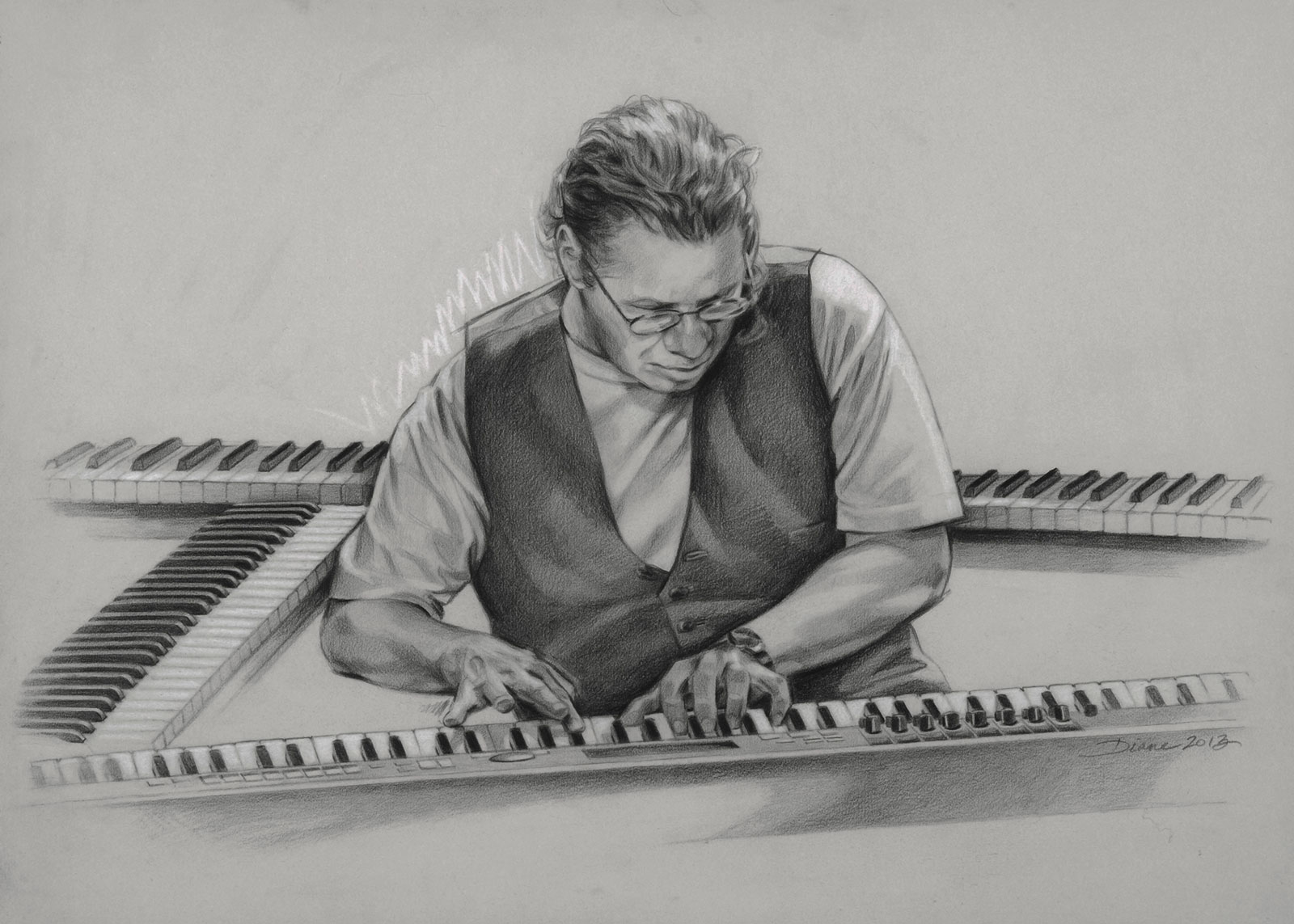 Artist comment: This drawing of Chick Corea was taken from a photo I took of him at his performance with Return to Forever at the Arlene Schnitzer Concert Hall in 2008. I was taking photos from the balcony, so I was able to capture the all three keyboards as well as his energy and his interaction with the band. The photo I used as reference was chosen for the intensity of his expression and for the positioning of his hands on the keyboard. I originally did a drawing of the entire band, then decided to create another drawing just to feature this great keyboardist.