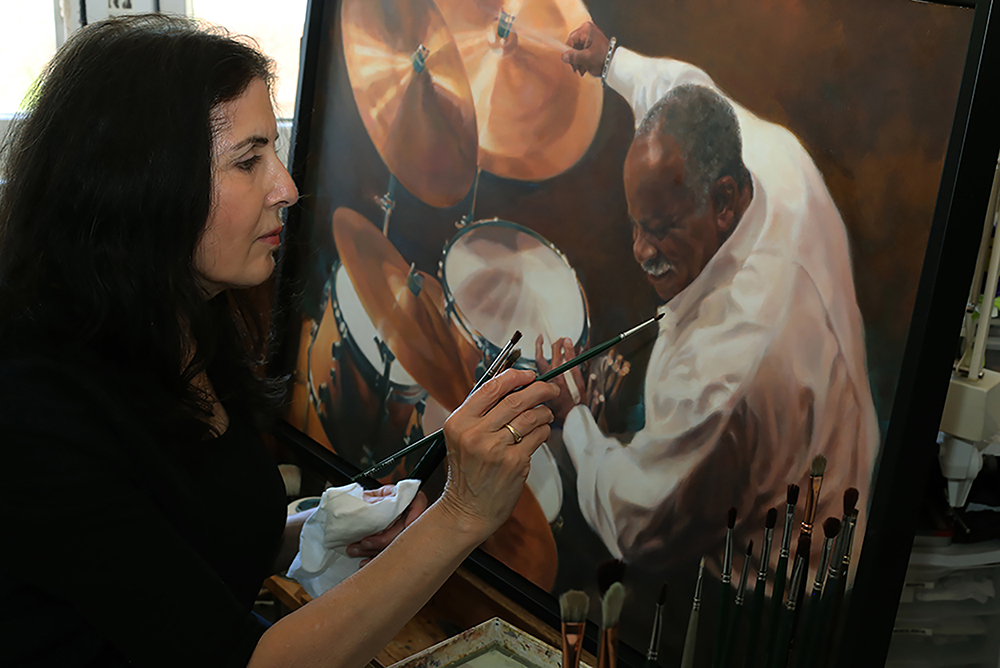 Diane Russell was born and raised in Portland, Oregon. She began to paint while attending Portland State University, and studied illustration at Parsons School of Design in New York. After graduating she returned to Oregon, where she has lived and worked as a professional artist for over 30 years. Diane began her professional career as a fashion illustrator, during which time her art has evolved towards portraiture. Many of her paintings and drawings reflect her passion for music and dance, as well as people from all walks of life. Her portraits capture more than a likeness, they bring to light the inner soul. She works from her own photographs, capturing the moment first with the camera, then later on canvas or paper. Diane’s portraits can be found in homes and businesses, on posters and CD covers, and her art has raised thousands of dollars for local causes.

Clients include the Legendary Rhythm & Blues Cruise, the Blues Foundation, Pendleton Woolen Mills, and Palmer/Pletsch Publications. Her work appears on the 2005 W.C. Handy Blues Awards poster, CD and book covers, and in private and corporate collections across the country. Diane is a member of the Portrait Society of America, the Oregon Society of Artists, the Blues Foundation, the Cascade Blues Association, and the Jazz Society of Oregon.