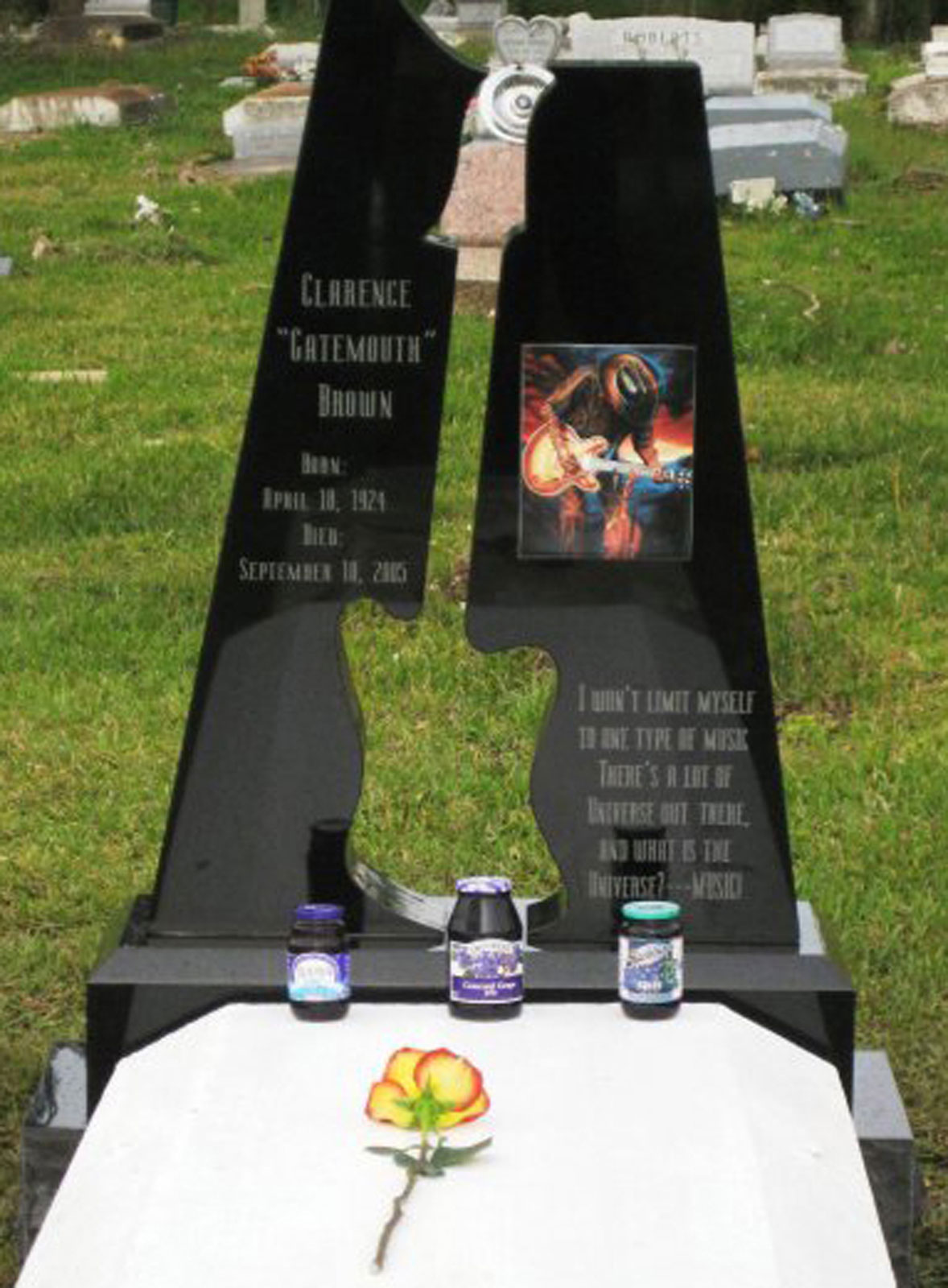 It is a real honor to have my painting of Clarence “Gatemouth” Brown featured on the new headstone that was commissioned for him by his family! Installed at his gravesite in Orange, Texas, the headstone is made of black granite, and stands over five feet tall with a cut out shape of Gate’s signature Firebird Guitar in the center. The 8×10 ceramic inlay of my painting is just to the right, along with a quote by The Man himself: “I won’t limit myself to one type of music. There’s a lot of Universe out there, and what is the Universe? — Music!” Diagnosed with lung cancer in 2004, Gatemouth fled his home in Slidel during the devastating hurricane Katrina, and died days later. A spokesperson for his estate said of Gatemouth, “He has waited far too long to be honored in his death as he was in life; he was, and still is, bigger than any storm that Mother Nature has to offer.” My original painting of Gatemouth Brown was sold in 2005, but there are still prints available. Click here for more information. To find out more about Clarence “Gatemouth” Brown, visit his MySpace page.