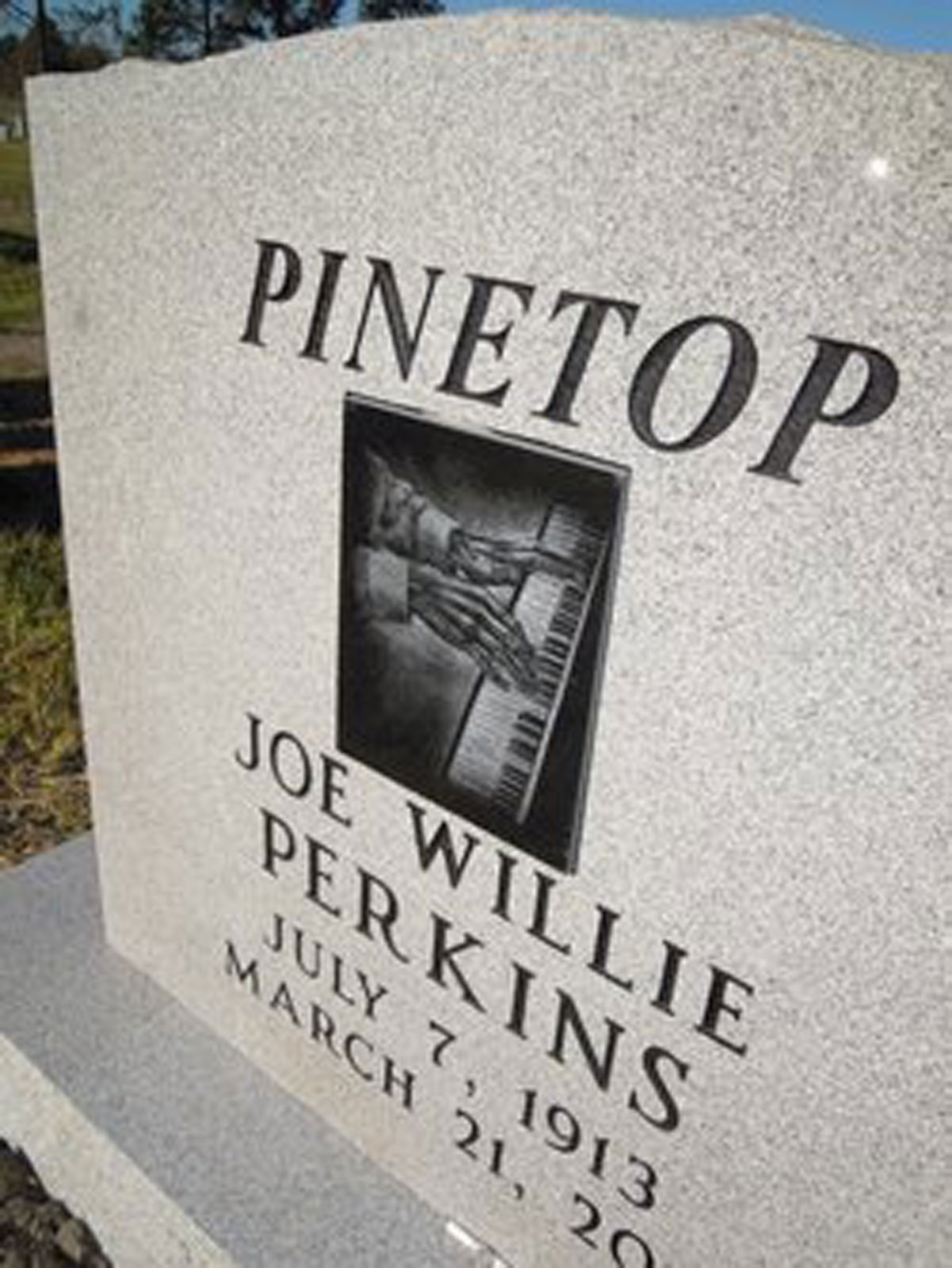 It is an incredible honor to have my pencil drawing of Pinetop’s hands featured on his new headstone at his gravesite in McLaurin Cemetery, near Clarksdale, Mississippi. Born on July 7, 1913, Pinetop Perkins played with Muddy Waters for twelve years, and was one of the last great Mississippi Delta Bluesmen still performing when he passed away on March 21, 2011 at the age of 97. Many attribute his long life to his love of McDonalds, cigarettes, his music, and, of course, the ladies. He received three Grammy awards, the latest just a month before he died. My original pencil art of Pinetop’s Hands at the Piano was created using my photo of him just a year earlier as reference. The image also appears on special edition T-Shirts, with proceeds going to the Pinetop Perkins Foundation. (http://www.pinetopperkinsfoundation.org/ppfstore.html)