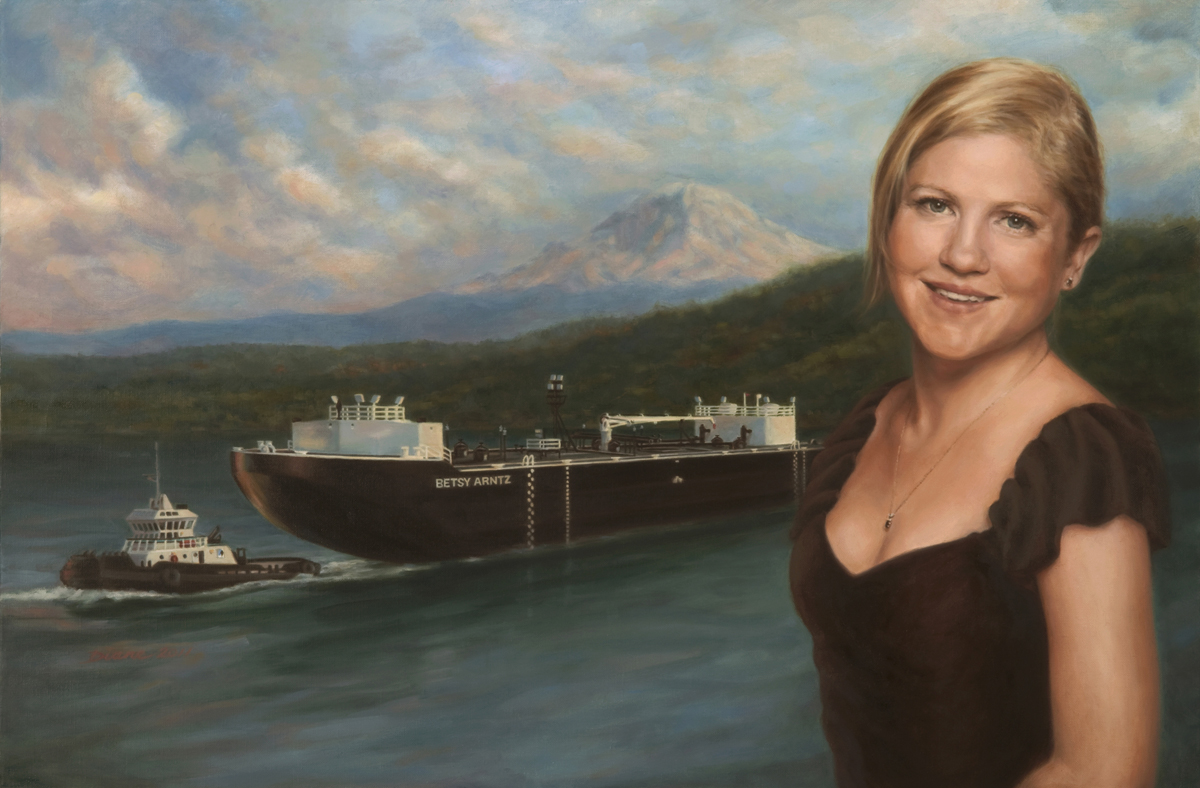 Oil on linen, 18×24”
Artist comment: “I was honored to paint this portrait of Betsy Arntz, which was commissioned by US Fab as a gift for their customer, Harley Marine Services. The painting includes the barge that was named after Betsy, in honor of her longtime devotion to the Juvenile Diabetes Research Foundation. In 2010, Betsy lost her life to Juvenile Diabetes at the young age of 29. The painting was unveiled during the barge christening ceremony in Seattle in November 2011 (see photos below) and the barge is now part of the Harley Marine Services Fleet. US Fab and Harley have named more than a dozen vessels after young people who have lost their lives to juvenile diseases such as Type 1 Diabetes and Cystic Fibrosis, and Betsy’s name will now join the others and forever fill the marine airwaves around Puget Sound.”