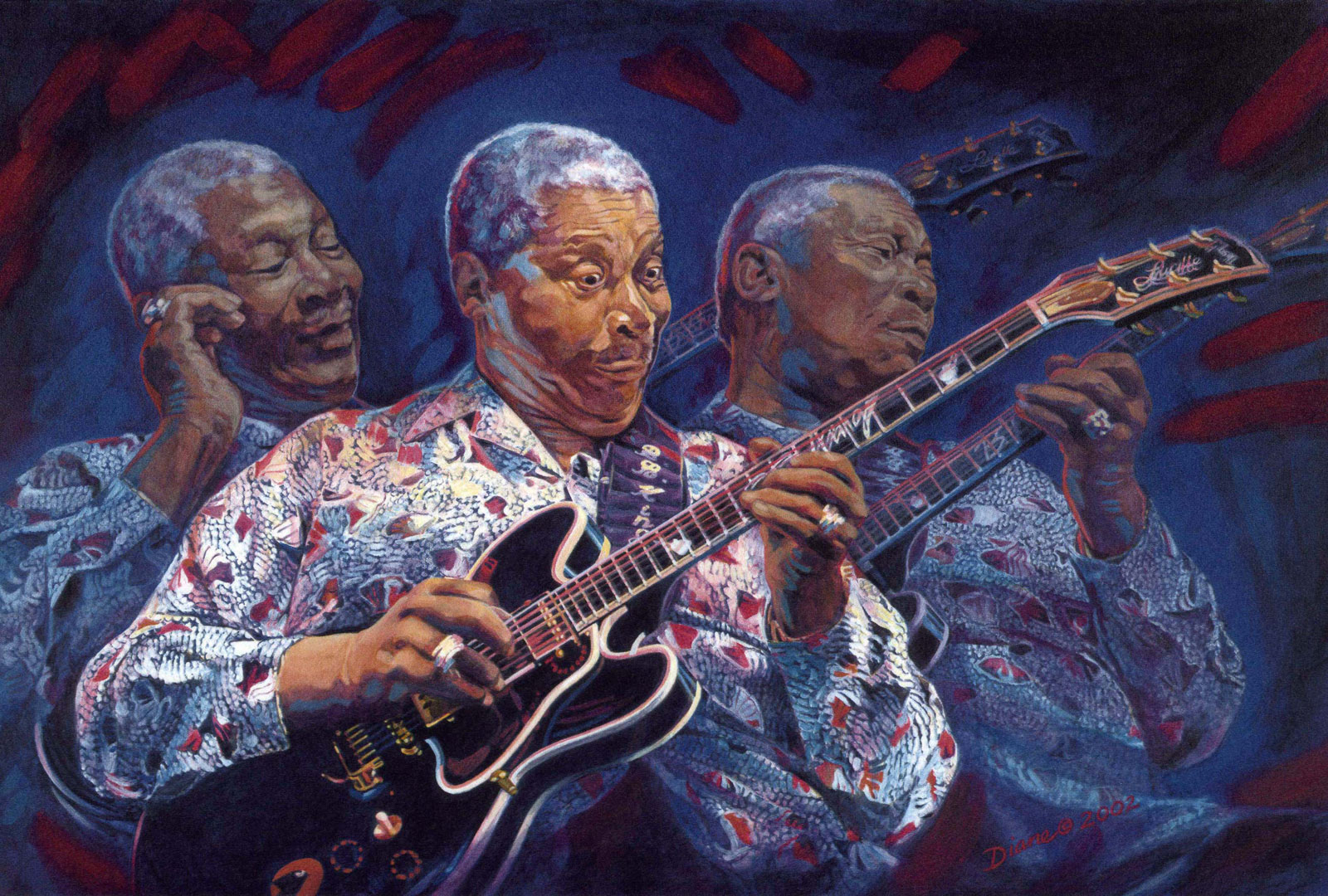 Artist comment: This painting of B.B. King was taken from several of my photographs of his concert with Buddy Guy in the summer of 2000 in Portland, Oregon. The “King of the Blues” has been performing for over 50 years, and received a Grammy for Lifetime Achievement in 1987. He is such an animated performer, often moving very fast when he plays, so I chose to communicate the energy and delight of his performance by using multiple images in my painting.