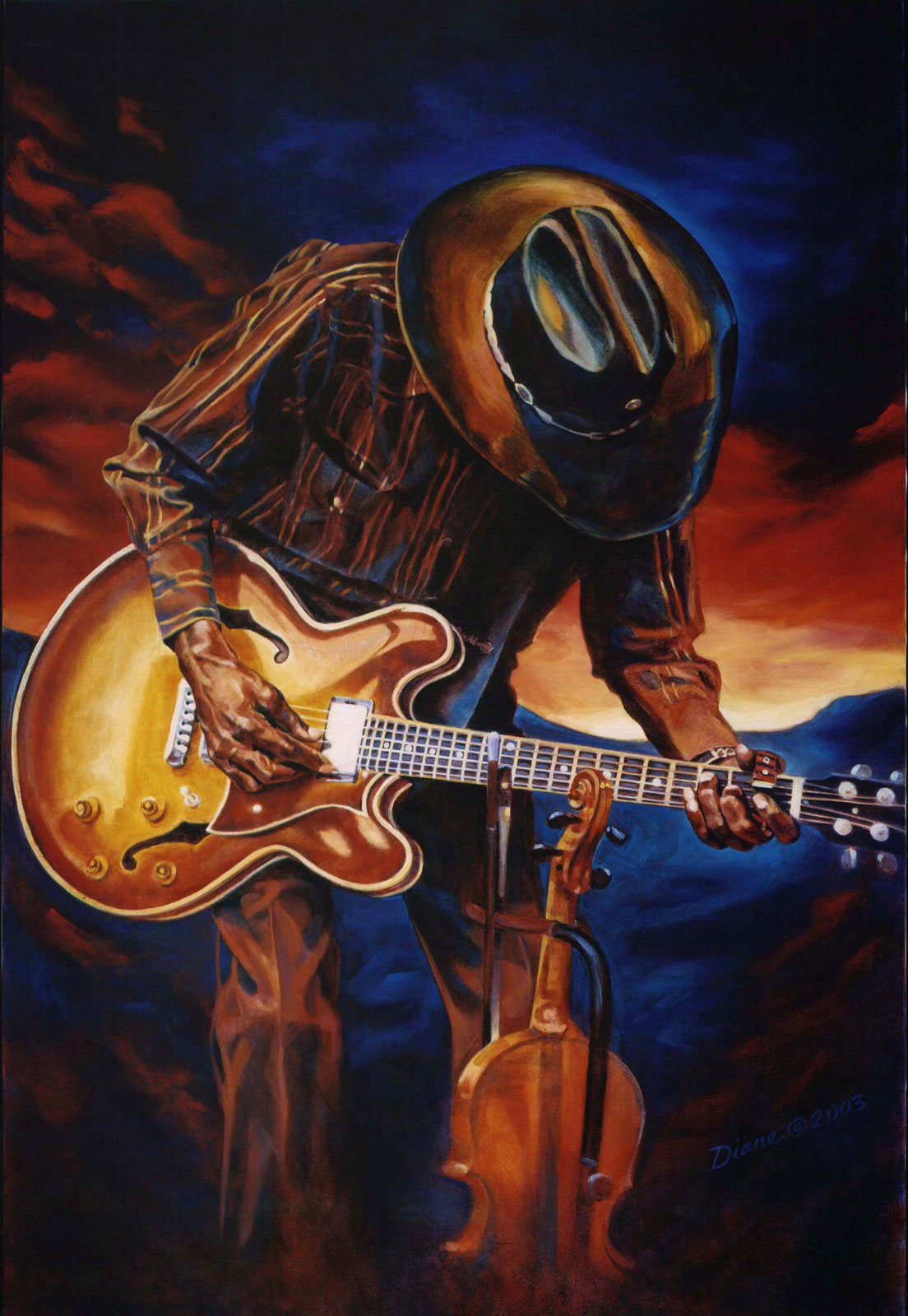 Artist comment: This painting of Clarence Gatemouth Brown was taken from my photograph of his performance at the 2002 Waterfront Blues Festival in Portland, Oregon. I painted the sunset into the background to represent the timelessness of his music and his determination to continue to perform even as the end of his life neared. He was one of the best to have ever played what he called “American music, Texas style”. Clarence Gatemouth Brown passed away in September 2005 in Orange, Texas, and this painting is featured on his headstone.