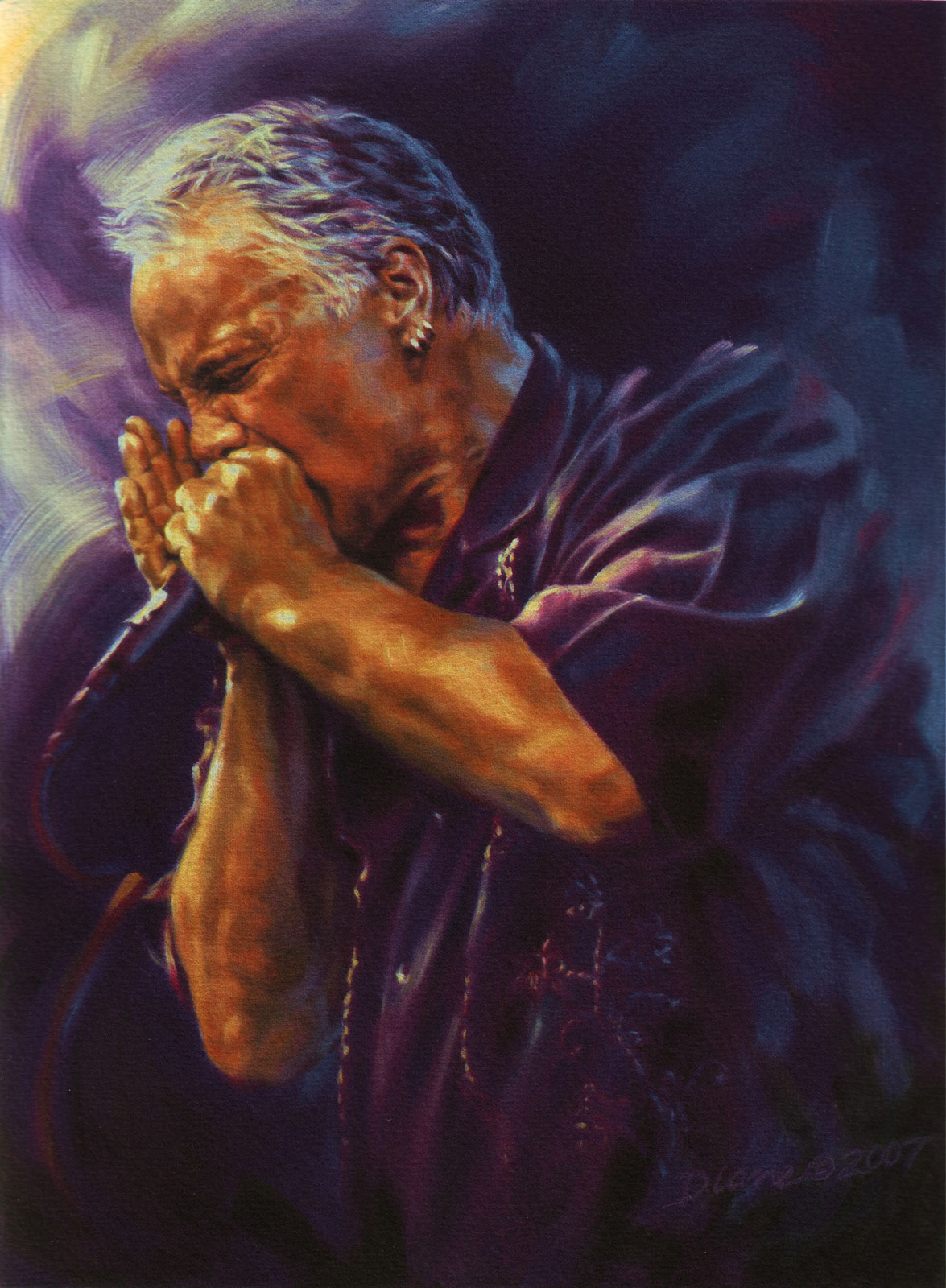 Artist comment: This painting of Curtis Salgado was taken from my photograph of his performance at the Waterfront Blues Festival in the summer of 2006 in Portland, Oregon. At the time, he was waiting for a liver transplant, and it was amazing to me that he could perform like this under those conditions. However I believe it was his music that kept him alive until his transplant a few months later. Curtis has now recovered and his performances seem to have elevated to an even higher level.