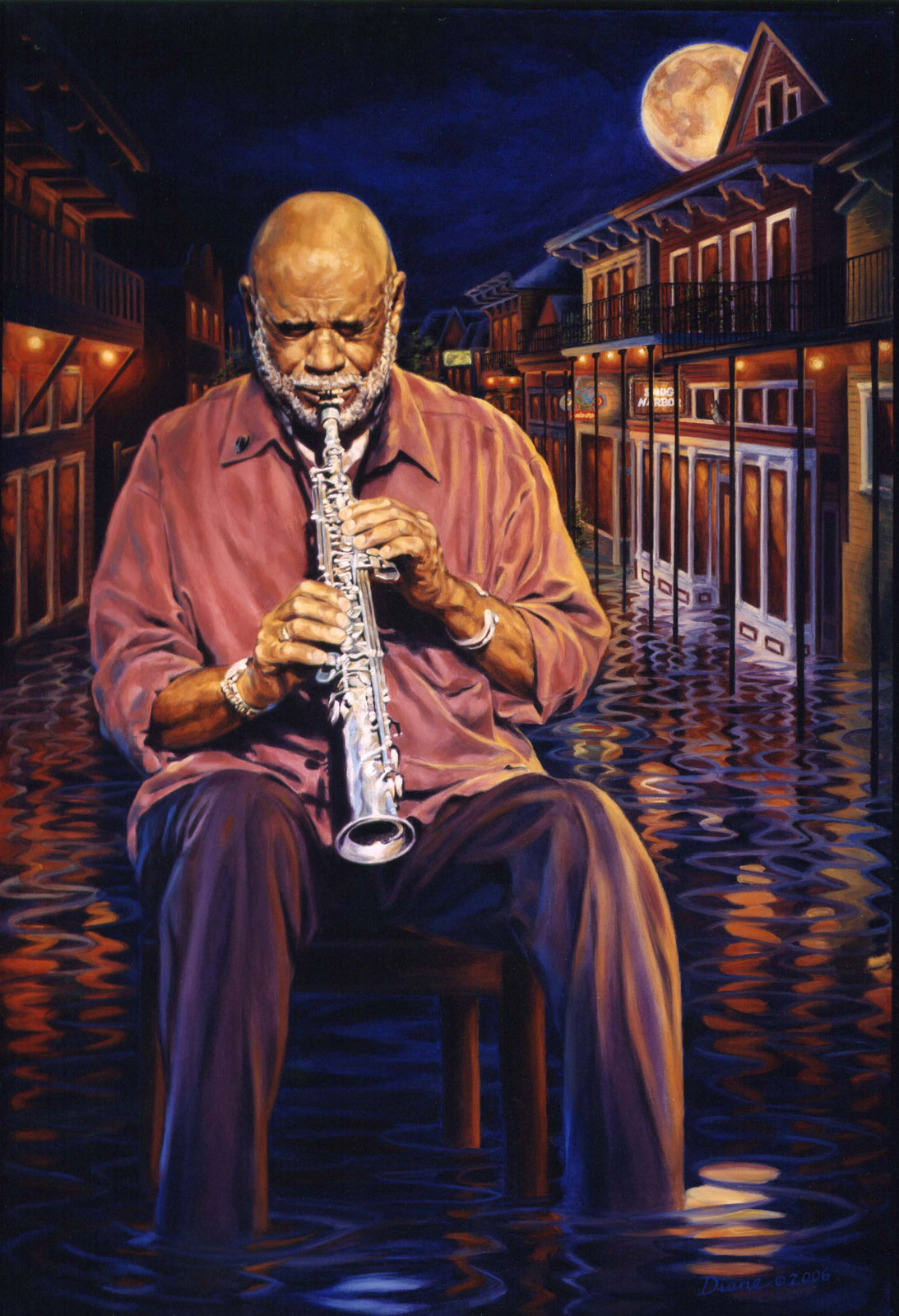 Artist comment: This painting of Reggie Houston was inspired by my photograph taken at the Hurricane Katrina Benefit in Portland in 2005. Reggie was accompanying Tom D’Antoni’s reading of his essay titled “Do you know what it means to miss New Orleans.” Reggie, who is from New Orleans and has played with greats like Fats Domino, was overcome by emotion halfway through the reading and when he started to cry, I caught the moment on film. Reggie moved to Portland a year before Katrina and brought the music and soul of New Orleans with him, so for the painting, I placed Reggie on Frenchmen Street just outside Snug Harbor where he used to play a weekly gig. A closer look will reveal Tom’s hat on Reggie’s collar. I hope for the painting to communicate that the music will go on through anything, including the tragedy of Katrina.  Visit Reggie’s website to read his touching commentary about the painting and his Katrina experience, titled “La Petite Fleur”:  Reggie Houston