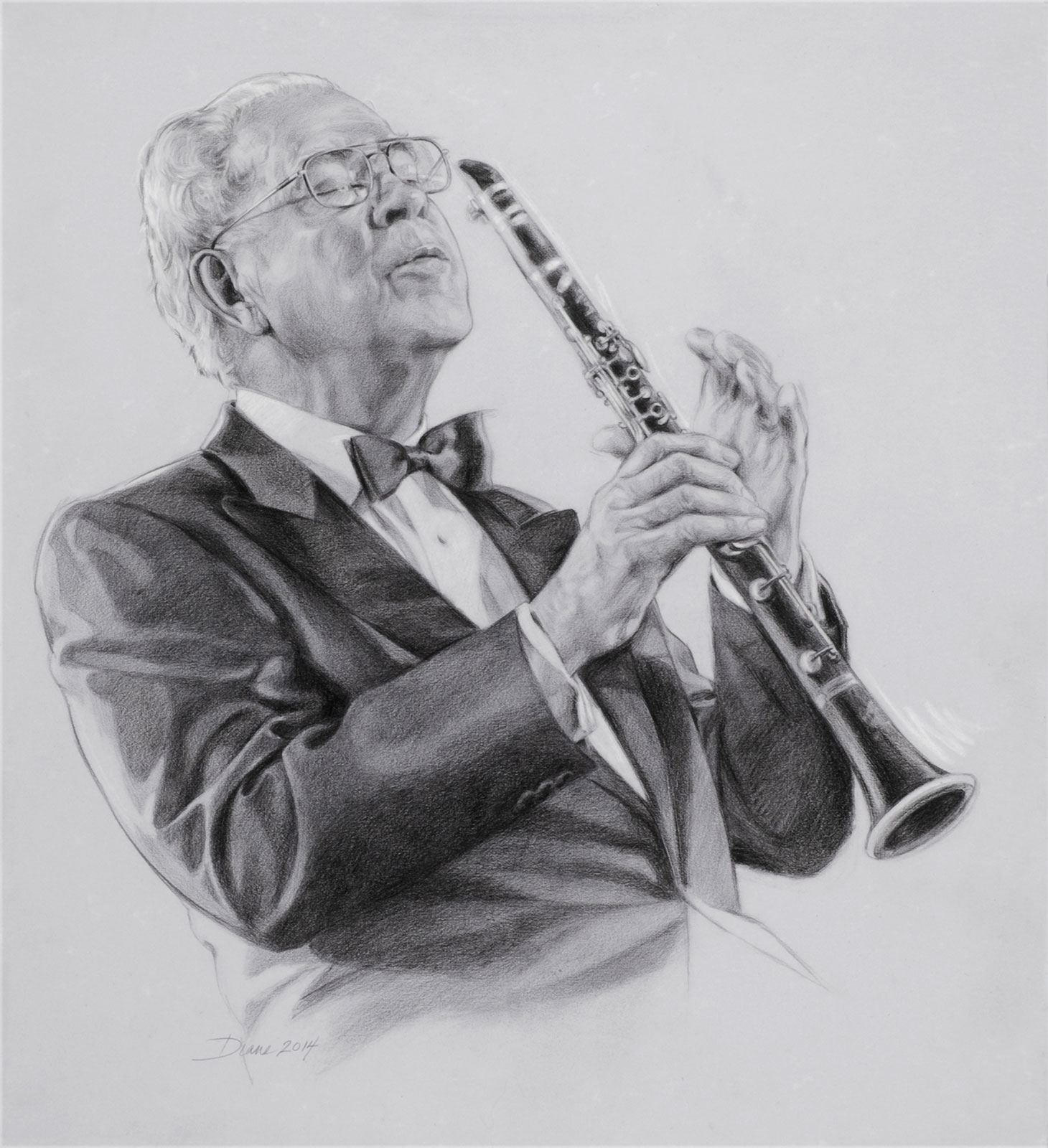 Artist comment: Norman Leyden was a nationally known conductor, composer, clarinetist, and educator in Portland Oregon. He was best known as the conductor of the Oregon Symphony Pops orchestra, however he also worked with Glenn Miller during his years in the US Air Force. Most recently, Mr. Leyden had performed at the Hollywood Bowl with Pink Martini. This portrait of Norman Leyden was taken from my photos of his induction into the Oregon Music Hall of Fame in 2008. Norman passed away on July 23, 2014.