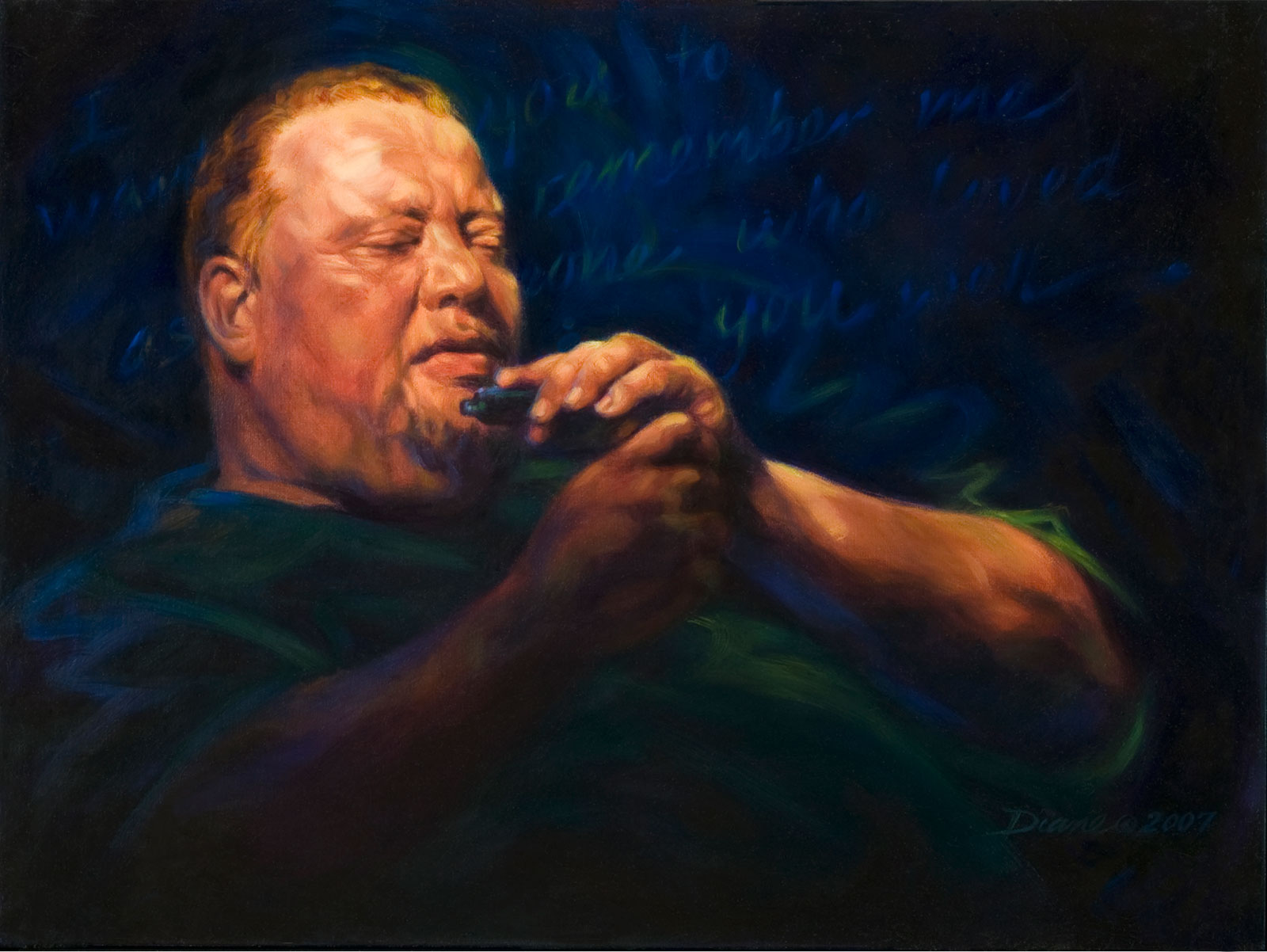 Artist comment: This painting of Paul deLay is a tribute to one of the most original and talented harp players in the blues world. His larger than life presence was always around the northwest (and worldwide), so much so that I think it was taken for granted that he would always be there. And so when he passed away at the age of 55, it took most fans by surprise. His music was soulful, passionate, and honest. Paul wrote the song “Remember Me” while he was still in prison, two weeks before his mother died in the late 1990’s, and I chose to include a portion of these lyrics in this painting. He will be missed, but his music lives on. Rest in peace, Paul.