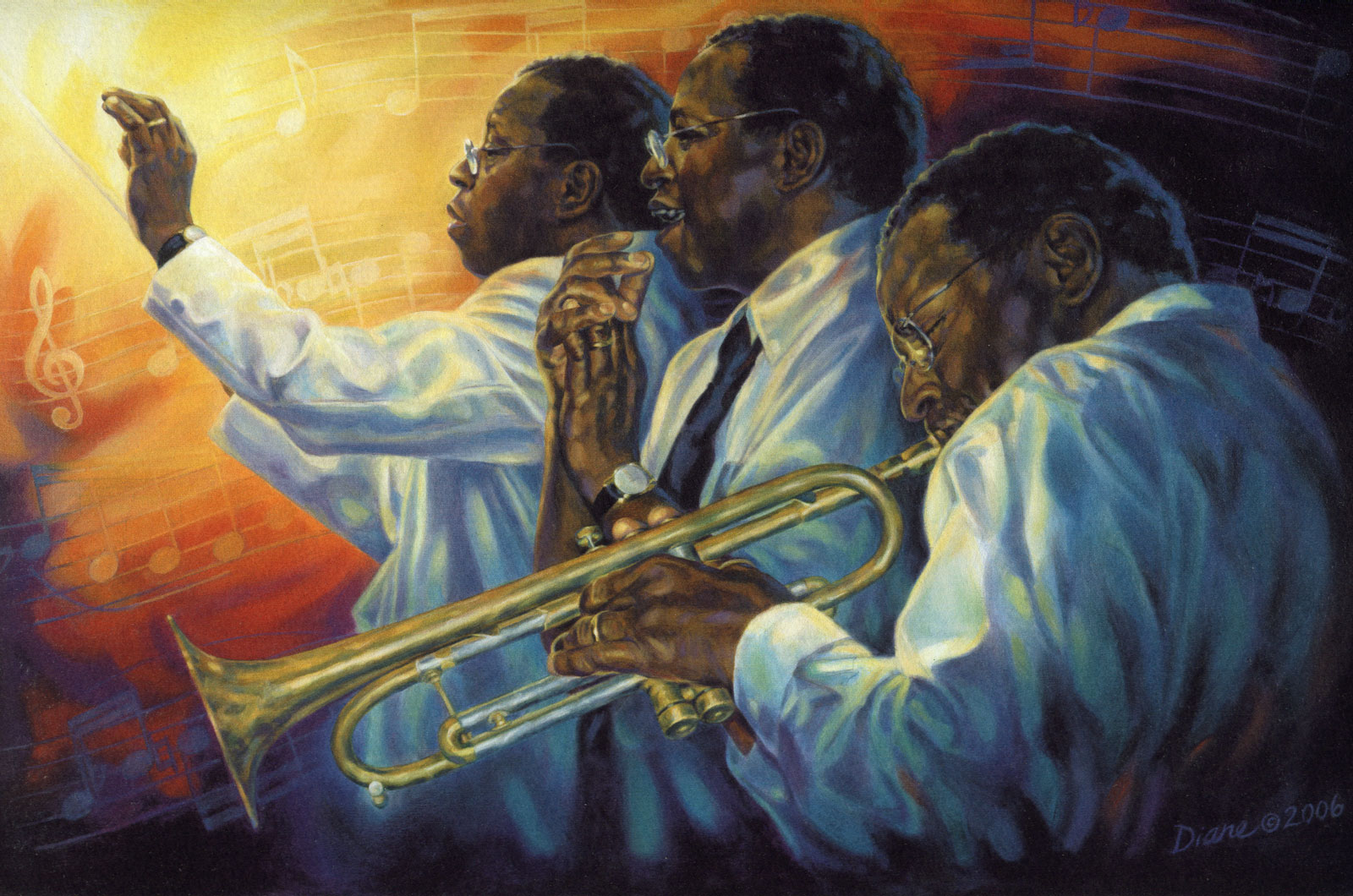 Artist comment: This painting of Thara Memory was created to honor his induction into the Jazz Society of Oregon’s Hall of Fame in 2006. Thara is a respected conductor, composer, and educator. When I asked him if I could take photos for a painting, he looked at me and said “You know, I don’t just play trumpet”… hence the three images in the painting. His American Music Program has won numerous awards, and has sent graduates to prestigious schools such as Berklee College of Music and Juilliard. Thara received his first Grammy award in 2013 and was presented with his honorary doctor of music degree from Berklee College of Music in 2014.